Born in the Swiss Alps, On running shoes feature the first patented cushioning system which is activated only when you need it – during the landing. From a revolutionary idea a Swiss running shoe has evolved that is still amazing the sporting scene. The On provides a new running sensation, and one that puts fun firmly centre-stage.

It’s not just a love of running that former top athlete Olivier Bernhard and his friends David Allemann and Caspar Coppetti share. They’re all also dedicated to developing a perfect
product. And this is what has turned a revolutionary idea into a new running shoe that began by amazing the sporting scene and has since helped numerous top athletes to new personal bests at World Championship events. 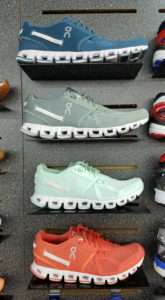 In July 2010 the first running stores had the On on their shelves. Today, four years later, the shoe is available at over 1,200 specialist running stores in more than 25 countries and has won international design and technology awards. In addition to its European headquarters in Zurich, On has now opened a second head office in the USA in Portland, Oregon.

Land Soft. When you hit the ground, the highly adaptive rubber elements cushion both vertical and horizontal forces for a soft landing. Enjoy a very light running sensation.

…but push off hard. Once on the ground, the Clouds lock firm to provide a solid foundation for a natural and powerful takeoff. Simply put: On is the first running shoe that provides cushioning only when you need it. So you can have the best of both worlds: cushioned landing, barefoot takeoff. Enjoy the benefits of natural running without compromise in comfort and speed. 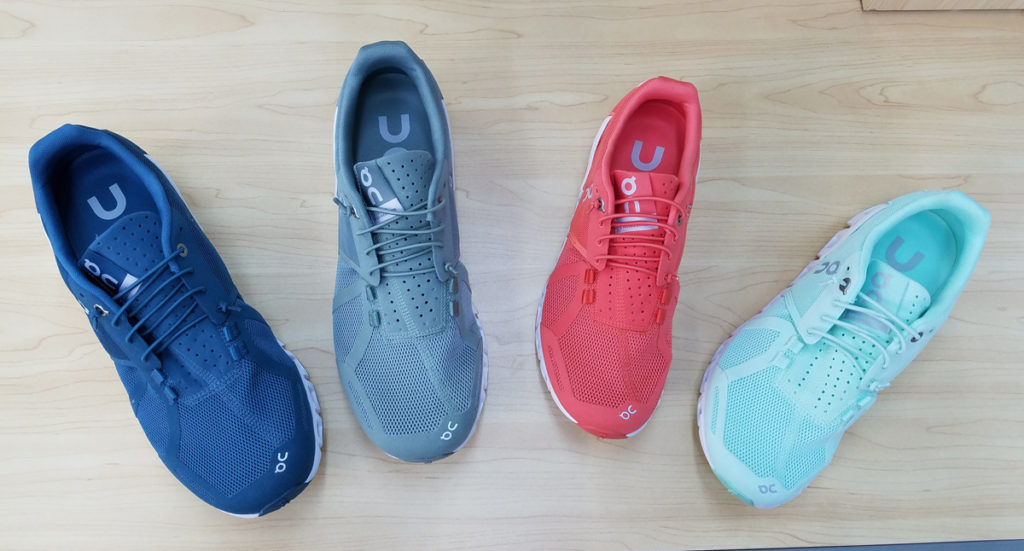